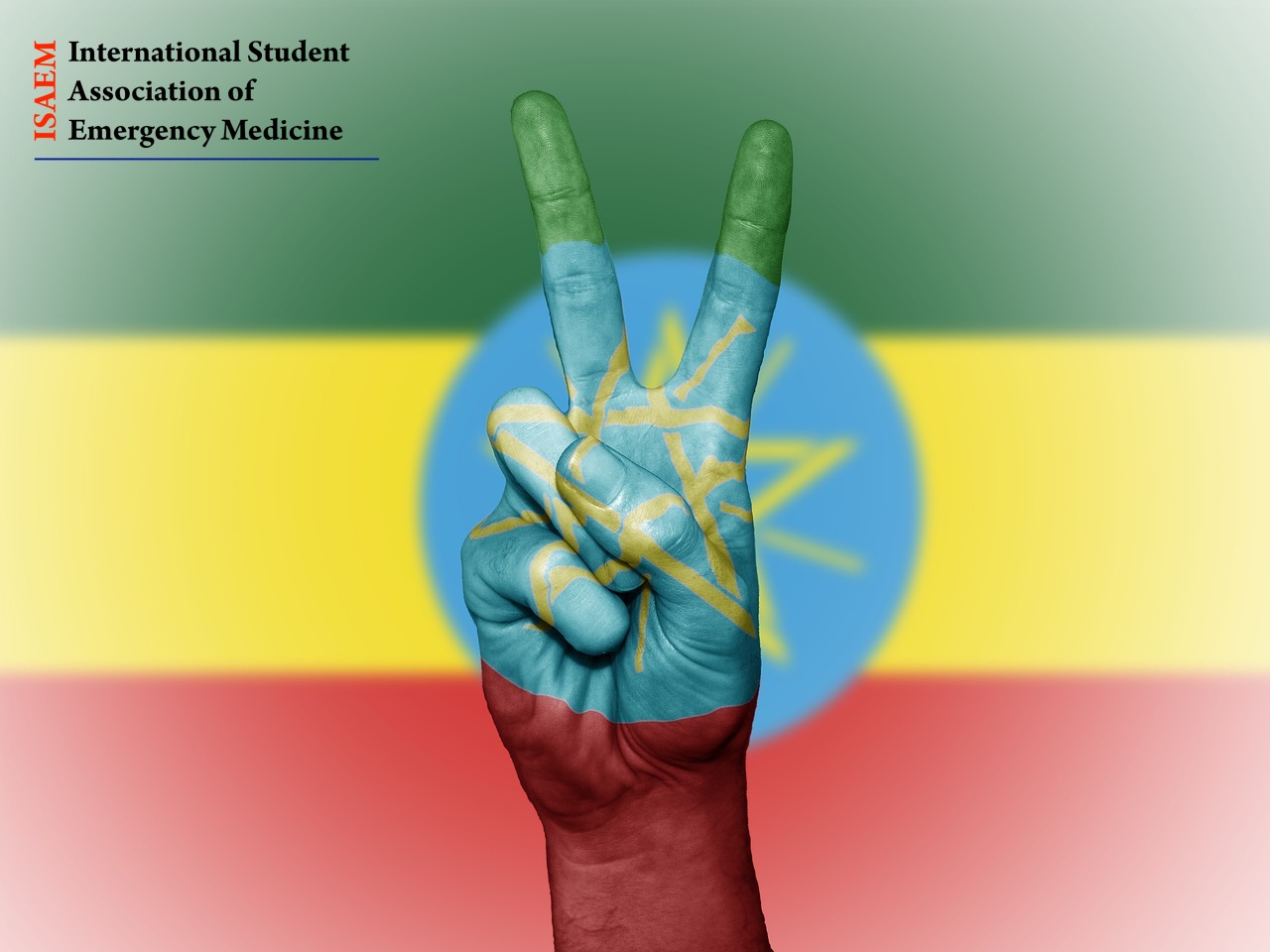 Purpose of the Article
The reason of this article is that to clarify about Emergency Medicine (EM) in Ethiopia and its development due to that EM is less developed and practiced in Ethiopia.

Emergency medicine (EM) is a field of practice based on the knowledge and skills required for the prevention, diagnosis and management of acute and urgent aspects of illness and injury affecting patients of all age group with a full spectrum of undifferentiated physical and behavioral disorders [1]. This post review the history of EM in Ethiopia.

Ethiopia is one of the country which is found in East Africa, according to EDHS which has an estimated population of 89 million, from which only 19% live in the urban area. Ethiopia has a low class economy, but has achieved over 9% GDP growth per year for the past 10 years. It has one of less accessible area to health facility in the world due to socio-economic status. However, currently, due to health sector development program (From phase I-IV) it is achieving a remarkable change [2].

In Ethiopia, modern medicine started to be practiced during reign Menelik II (1865-1913). The first hospital had been established by the Russian Red Cross mission who came in 1896 to assist Ethio-Italian war (the Adewa war) and treat injured soldiers, whose services stopped within a 10 year period after the Russian team left the country. The first government hospital is Menillik II hospital, established in 1906 at the site of the Russian hospital. In these health facilities, the first hospitals’ emergency rooms were established but there were problems to deliver organized emergency care. Besides, the majority of the population was living in the rural areas where the professionals had only a basic level of emergency medical training and with little access to appropriate diagnostic equipment [3,4].

In Ethiopia, except for recent efforts to establish and organize pre-hospital services, there was no formal EM system. Various initiatives in the field of emergency medicine include efforts to improve emergency care, strengthen human resources through training and education and establish emergency care system in the country. Three institutions have spearheaded most of these efforts: The Federal Minister of Health (FMOH), the Addis Ababa City Council Health Bureau (AACCHB), and Addis Ababa University School of Medicine (AAUSOM). These three institutions established the Emergency Medicine Task Force (EMTF) in AAUSOM in June 2006. As a result, the EMTF drafted a proposal outlining the development an EM program both at the university and within the country. This proposal was presented on November 2006 and accepted by all stakeholders with shared responsibilities. The FMOH and AACCHB agreed to coordinate the expansion of emergency services and AAUSOM was given responsibility to spearhead emergency medicine training and establish model Emergency Department at Tikur Anbessa Specialized Hospital (TASH) [5,6].

During the Ethiopian millennium, the FMOH supported AAUSOM`s effort to build emergency departments and the country’s first 20 bed adult care Emergency Medical Service Unit (EMSU), which opened at TASH on August 7, 2009. Furthermore, the TASH pediatrics causality unit was renovated with support from the US President’s emergency plan for AIDS relief, the CDC in Ethiopia and Johns Hopkins University in March 2012 [5].

The EMSU was transformed into a full-fledged emergency department in October 2010 following the launch of academic programs. In 2012 EM and the newly established Family Medicine program merged to form the current Emergency and Family Medicine Department [5].

The EMTF presented the curriculum and it was approved by Addis Ababa University Senate. The 3-year graduate residency training program and the 2 year EM Critical Care Nursing program were official launched in October 2010. The department graduated four Emergency Medicine specialists for the first time in October 2013 [5].

Currently, the FMOH is launching pre-hospital care throughout the country and EMSU in all hospitals. The medical education curriculum for undergraduate medical students have recognized EM as a 7-week module when students get didactic, skills based and clinical education in selected EM areas. Students cover important principles in adult EM practice, pediatric EM area, and anesthesiology. They develop important skills for stabilization of critically ill patients. The Emergency Medicine Residency Program now has permanent status at The AAUSOM, and will continue to grow.

This post is part of the ISAEM National Ambassador Program.

Are you interested in sharing your medical student perspective about EM in your country?

Please learn more about this project!